The non-fiction film collection at the Sewickley Public Library is easy to miss, mostly because the DVD’s are shelved in the reference area with the rest of the library’s non-fiction, separate from the location for television and movies. Next time you visit us at the library, take a peek at our non-fiction DVD’s and see if there’s anything that catches your eye. If you’d like some suggestions, here are some exemplary documentaries available in the Sewickley Public Library collection.

Jonathan Olshefski’s 2017 documentary follows the lives of Christopher “Quest” Rainey and Christine’a “Ma Quest” Rainey and their family over the course of nearly ten years as they live in North Philadelphia. Quest is dedicated to building a positive hip-hop community in the area, while also trying to raise his family and deal with the violence and strife in which their neighborhood often finds itself. With some gut-punching twists, this documentary provides a stunning portrait of a loving black family in America.

Three Identical Strangers tells the bizarre tale of Bobby Shafran, Eddy Galland, and David Kellman: three identical triplets who were separated at birth and grew up without knowledge of each other. The documentary poignantly covers the story that shook the nation, when the men found each other as adults and began to unravel the tale of how such a situation came to be, and the ups and downs that come from finding out you have two identical brothers.

SNL alum and comedy legend Gilda Radner was an unstoppable force of laughter on and off the stage, despite the struggles she experienced throughout her life. This documentary  allows us to view her life and career through her own eyes, with information from diaries, journals, home movies, and other personal artifacts. Along with Gilda’s narrative are interviews from her close friends, many of whom are themselves famous comedians. If you’ve ever wished you could sit down for tea with some of the greatest British actresses of our time, this is a documentary for you. Dames Maggie Smith, Judi Dench, Eileen Atkins, and Joan Plowright invite viewers along to a trip to the countryside, where they catch up, reminisce, share wisdom and thoughts, and, of course, drink a whole lot of tea.

Syrian filmmaker Feras Fayyad tells the story of the internationally recognized White Helmets, a rescue organization in Syria consisting of regular citizens who have dedicated themselves to rushing straight into the sites of military strikes in hopes of saving lives. Shot in Syria, all of the startling, often disturbing footage in the film comes directly from the crisis in Syria.

Raoul Peck’s award-winning documentary on James Baldwin is largely based on the unfinished manuscript of the late author’s memoir, Remember This House. In it, Baldwin goes over the history of racism in America and his own experience in the civil rights movement, along with the experiences of his friends and fellow civil rights leaders, such as Malcolm X, Martin Luther King Jr., and Medgar Evers. Since it is based on Baldwin’s manuscript, James Baldwin is credited as the film’s writer.

Minimalism: A Documentary About the Important Things (2017) Minimalism is the idea that a person should only own and experience the important things, and get rid of the rest. For minimalists, less is more. In this documentary, the many different types of minimalism are explored by showing the lives of several different minimalists–from families to entrepreneurs to a former Wall Street broker. Despite their differences, all of these people have one thing in common: the search for a meaningful life with less.

Madonna’s Blonde Ambition tour was famous for many reasons, on of which being the troupe of dancers that accompanied her on the tour. All but one of these dancers are gay, and over the course of the tour the troupe bonded with each other and Madonna in ways that would change their life forever. This documentary focuses on the Blonde Ambition dancers, and how their lives changed before, during, and after the tour.

Amy Winehouse is a singer known just as much for her tragic story as she is for her spectacular vocal chops. In this documentary, filmmaker Asif Kapadia examines how a happy, bright British girl became an international celebrity, and the many ways in which this led to her downfall. Each aspect of the documentary is infused with a great deal of respect for Winehouse, making it a touching tribute to the late singer. 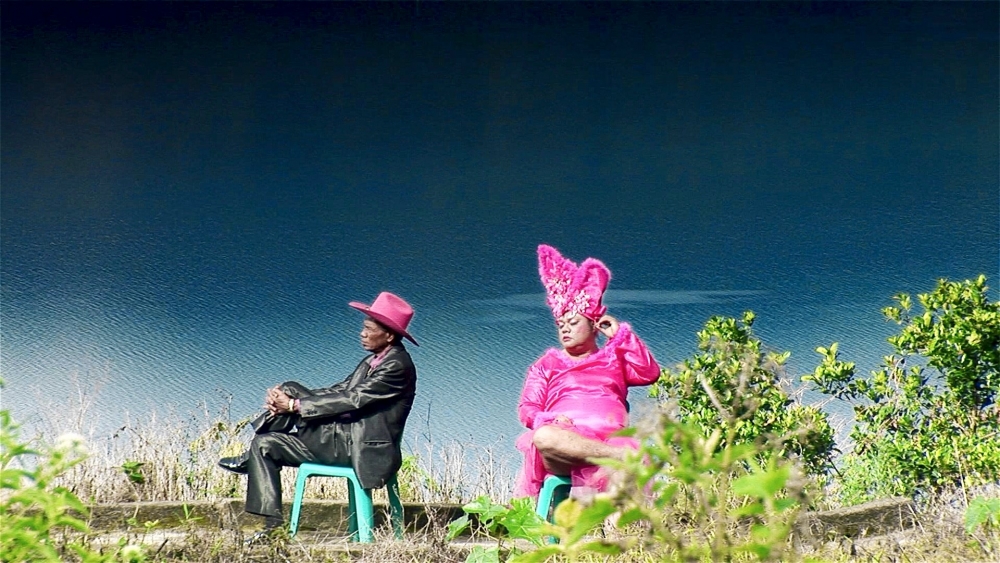 The Indonesian genocide following the military coup in 1965 cost millions of people their lives at the hands of government sponsored death squads. This documentary follows several of the leaders of these death squads in present day, asking them to act in theatrical reenactments of the many murders they committed. The reenactments are in the style of Hollywood blockbusters, musicals, and Westerns, and their effect on the subjects by the end of the film is astonishing.

A companion documentary to The Act of Killing, Joshua Oppenheimer returns to Indonesia to delve into the 1965 genocide that took place, this time focusing on the perspective of survivors. This documentary follows one survivor in particular, who lost his brother during the genocide, as he confronts many of the men who took part in the death squad killings. 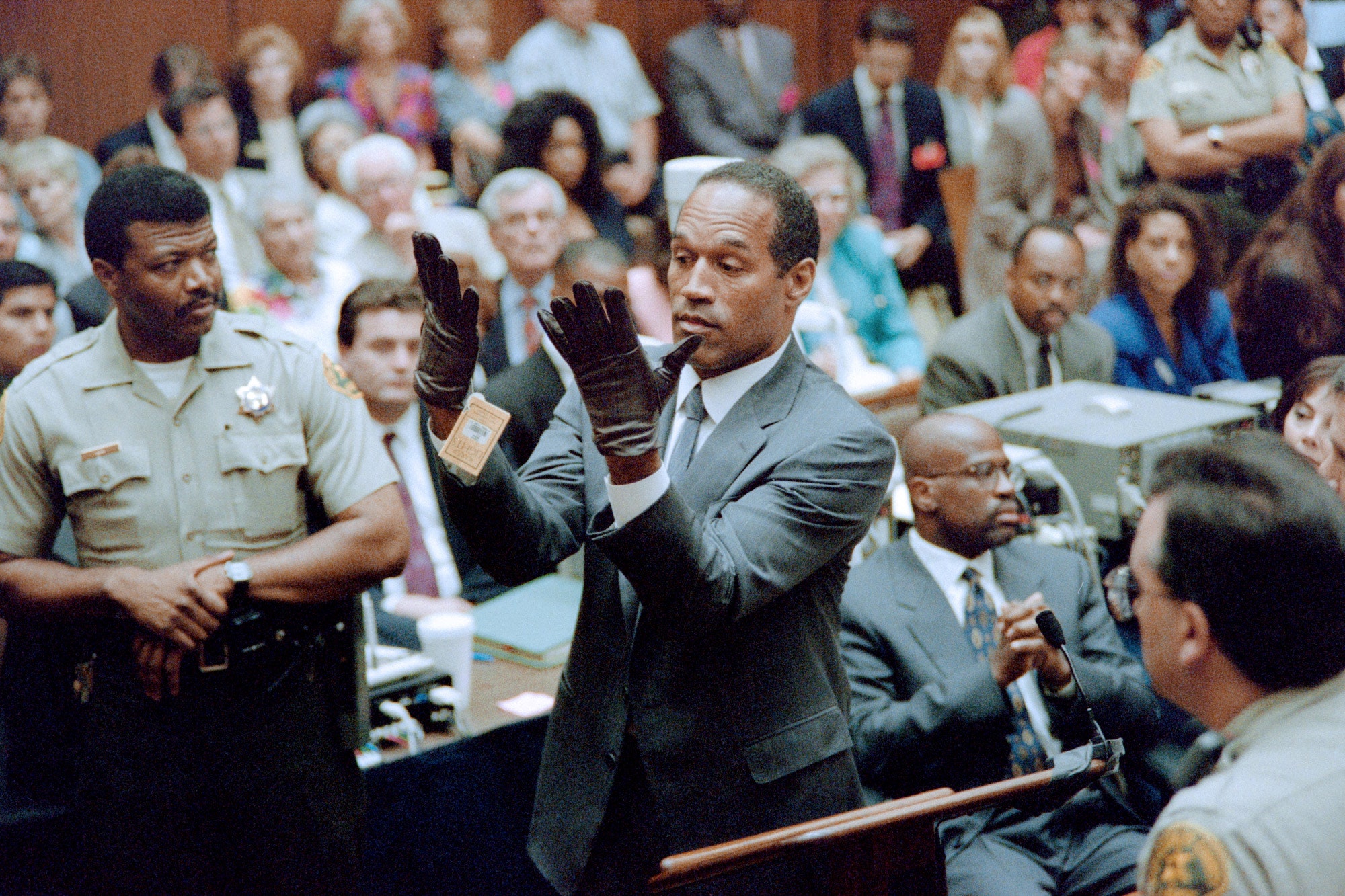 In this Academy Award-winning ESPN documentary, the life of O. J. Simpson is revisited, from his childhood to the famous murder trial to his eventual arrest in 2007 for robbery. The film examines the effect of fame, sports, and race had on his upbringing, and investigates the possible causes and effects of the many high-profile events in O. J. Simpson’s life.

This Academy Award-winning documentary delves into the voices that often receive little credit from the music world: the back-up singers. The film follows several highly regarded women who provide back-up vocals, and examines how they got into their particular career path. While many see back-up vocalists as people who didn’t make it as a star, the women in this film reveal that they chose to never pursue a solo career, and that back-up singing is a fulfilling experience.

Though at first glance this appears to be a horror film, it is actually a documentary about the disturbing condition known as sleep paralysis, where a person enters a state of waking sleep, often resulting in terrifying hallucinations. The film tells the stories of several sufferers of sleep paralysis, reenacting some of the more terrifying experiences. Even though this is a documentary, make sure to watch it with the lights on!