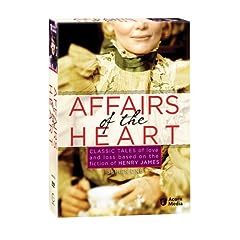 Affairs of the Heart

Romantic tales from the late Victorian high society of love and loss. These unfold from the country houses of England to the drawing rooms of New York, from the palazzos of Venice to the art studios of London. Scoundrels and schemers collide with ingénues and admirers in the terribly intricate affairs of the heart. Cast: Lynn Farleigh, Anna Calder-Marshall, Margaret Tyzack, Diana Rigg, Rosalind Ayres, Gayle Hunnicutt, Pamela Brown, Faith Brook, Anton Rodgers. Based on works by Henry James. (1974) Not Rated 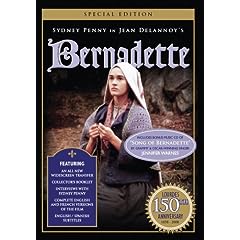 In February of 1858, at the Massabielle grotto, 14-year old Bernadette, sees a light she later distinguishes as a beautiful young woman. The girl converses with the woman over the next few months. Crowds follow her and people are cured by the waters from a spring Bernadette has cleared. Secular authorities are threatened by the popular gatherings and subject the girl to police inquiry and medical review.  Cast: Sydney Penny, Roland Lesaffre and Michele Simonnet. Shot on location in France, this is the film that was chosen to be shown daily at the shrine in Lourdes. Not Rated 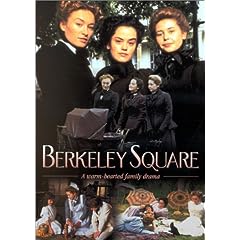 Three young nannies grow to be close friends as they manage the unpredictable road to love and happiness in the posh world of turn-of-the-century, upper-crust London. Cast: Clare Wilkie, Victoria Smurfit, Tabitha Wady. A BBC-TV production. (1998) Not Rated 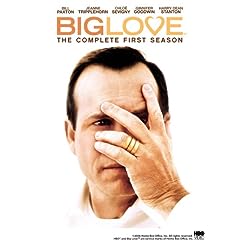 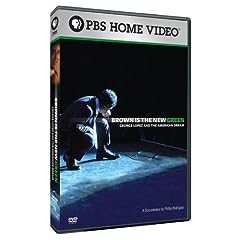 Brown Is the New Green: George Lopez and the American Dream

A tramp wins the love of a blind flower girl and attempts to obtain money from a millionaire to help her regain her sight. Cast: Charles Chaplin, Virginia Cherrill, Florence Lee, Harry Myers, Allan Garcia, Hank Mann. Originally released as a motion picture in 1931. Rated G 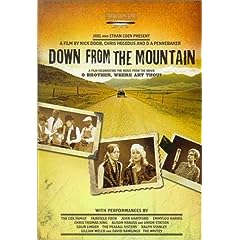 Down from the Mountain

In this History Channel documentary narrated by Mandy Patinkin, immigrants of every ethnic background recall their extraordinary adventures, historians explore the sometimes insensitive national policies, and the Ellis Island Oral History Project reveals what the immigration experience was actually like. Features rare photographs and film. Not Rated 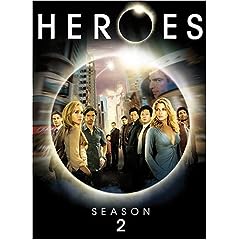 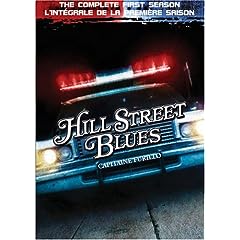 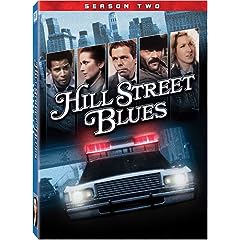 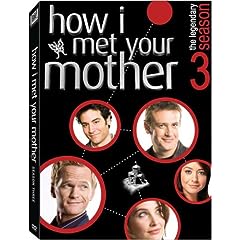 How I Met Your Mother: Season Three 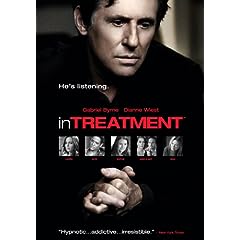 Paul is a therapist who exhibits great insight and confidence when treating his patients. But Paul suffers crippling insecurities and is counseled by his own therapist, Gina. Adding to his list of growing concerns, his wife, Kate, who is overcome with feelings of neglect and resents competing for his attention. Paul’s patients undergoing treatment include: a young doctor who is in love with Paul; a Navy pilot who is reevaluating his life after a failed mission in Iraq; a teenage gymnast with suicidal tendencies; and a passionate couple who are troubled in all other areas of their lives. Cast: Gabriel Byrne, Dianne Wiest, Michelle Forbes, Melissa George, Blair Underwood, Mia Wasikowska, John Charles, Embeth Davidtz. Originally broadcast on HBO in 2008. TV-MA 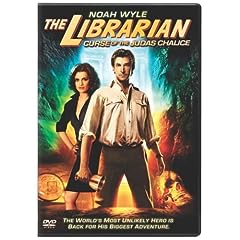 The Librarian: Curse of the Judas Chalice 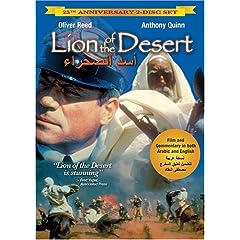 Lion of the Desert

Master of the Game

Sydney Sheldon’s lavish international saga spans a century and focuses on the Blackwell family’s rise to wealth, from 1890s South Africa where the family’s fortune is made in diamonds to the primary story of iron-willed Kate Blackwell, the driven, power-hungry head of the family’s embattled corporate empire. Cast: Fernando Allende, Dyan Cannon, David Birney, Harry Hamlin, Leslie Caron. (1984) Not Rated 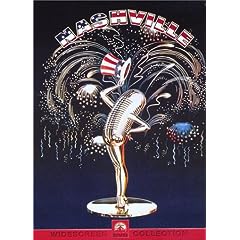 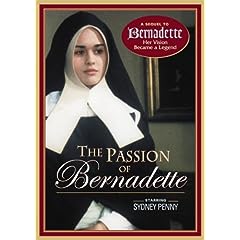 The Passion of Bernadette

The saint of Lourdes enters the convent and endures various trials. Through it all, Bernadette trusts in God and remembers the Virgin Mary’s words to her: “I cannot promise you happiness in this life, only the next.” Based on actual testimony taken from the canonization investigation. Cast: Sydney Penny, Emmanuelle Riva, Catherine de Seynes, Malka Ribowska. (1989) Sequel to: Bernadette. Not Rated 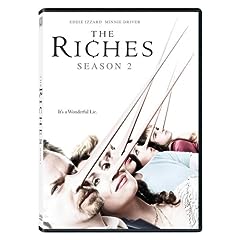 The Malloys are consummate con artists who are posing as a wealthy suburban family. They are stealing the American dream, but their elaborate ruse may be stealing their very souls. Facing near-certain detection, the family is torn asunder as Dahlia and the children hit the open road, and embattled patriarch Wayne remains in Eden Falls, desperately scheming to pull off one last impossible con. Cast: Eddie Izzard, Minnie Driver, Shannon Marie Woodward, Noel Fisher, Aidan Mitchell, Todd Stashwick, Gregg Henry. Originally broadcast on television in 2008. Not rated. 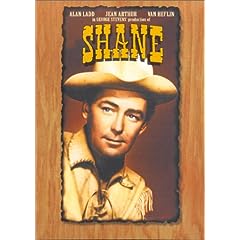 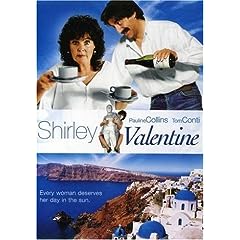 An English housewife, bored with her life, goes on a vacation with a friend to Greece and finds that there’s more to life than just dishes and laundry when she has a fling with a handsome man. Cast: Pauline Collins, Tom Conti, Julia McKenzie, Alison Steadman, Joanna Lumley, Sylvia Syms, Bernard Hill, George Costigan, Anna Keaveney, Tracie Bennett. (1989) Rated R 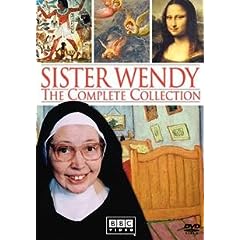 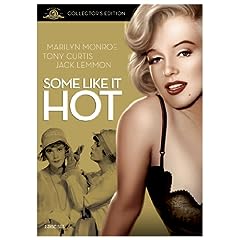 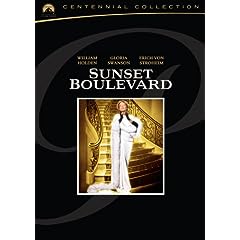 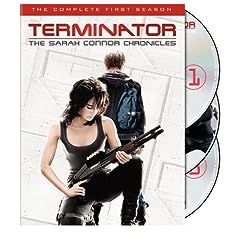 Sarah and her son John, tired of running from the agents sent from the future to kill them, try to stop the formation of the agency in the present, with the help of a girl with a mysterious link to the future. Cast: Lena Headey, Thomas Dekker, Summer Glau, Richard T. Jones. Based on the world created in the motion picture written by James Cameron and William Wisher. Not rated. 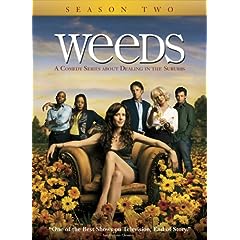 Nancy Botwin is a soccer mom who had to learn how to deal – pot, that is – after the death of her husband. Now, her business is a hit. But keeping up with the neighbors in this suburban utopia isn’t easy. She is joined up with a few of her closest friends, and together they face life’s ups and downs – because even in paradise, nobody’s perfect. Cast: Mary-Louise Parker, Elizabeth Perkins, Kevin Nealon, Romany Malco, Hunter Parrish, Alexander Gould, Andy Milder, Justin Kirk.  Originally broadcast on Showtime television in 2006.  Rated TV-MA

America’s favorite pot-dealing, single soccer mom, Nancy Botwin, is more addictive than ever in the third season. But, when an offbeat way to make ends meet grows into a mini-empire, the mother of all dealers finds she may be in over her head –and on the verge of taking everyone one else with her. Cast: Mary-Louise Parker, Elizabeth Perkins, Kevin Nealon, Romany Malco, Hunter Parrish, Alexander Gould, Andy Milder, Justin Kirk. Originally broadcast on Showtime in 2007. Rated TV-MA 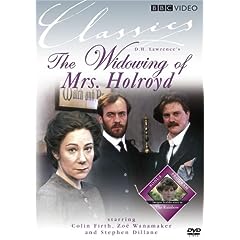 The Widowing of Mrs. Holroyd

When Lizzie Holroyd falls in love with another man, she wishes her boorish husband dead, a wish that comes horribly true. Cast: Zoë Wanamaker, Stephen Dillane, and Colin Firth.  Originally broadcast on BBC Television in 1988.  Not Rated 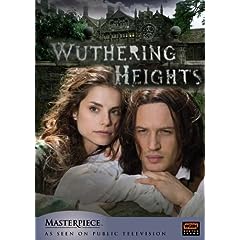 Set against the stark beauty of the English moor, the mysterious gypsy boy Heathcliff, who has been adopted by the Earnshaw family, discovers his soul mate in his stepsister Cathy. As a man unable to have the love of his life, he seeks vengeance against anyone who comes between them. Cast: Tom Hardy, Charlotte Riley, Andrew Lincoln, Sarah Lancashire, Burn Gorman, Rosalind Halstead. Based on the novel by Emily Brontë. Originally released as a television motion picture in 2008. Not rated.